A Chicago store owner is suing his city after having to undergo surgeries and long-term therapy for what started as a robbery and ended as a police shooting. Just over one year ago, Bassil Abdelal was robbed by armed gunmen at his store (B&B Beauty Supply) on the West Side of the city. He called the police, like any normal citizen would, but their response was not one he expected. END_OF_DOCUMENT_TOKEN_TO_BE_REPLACED 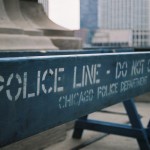 Christina Eilman was 21-years old when she was arrested in the midst of a mental breakdown at Chicago Midway Airport. It wasn’t what happened to cause her arrest or even while in police custody that the Chicago Police Department is paying for—it’s what happened after they released her. END_OF_DOCUMENT_TOKEN_TO_BE_REPLACED

Cook County Board President Toni Preckwinkle is taking heat for comments directed at Mayor Rahm Emanuel and Police Superintendent Garry McCarthy. Not one to mince words, Preckwinkle said last week that the two were “too focused on arrests as a solution to rising violence and not enough on improving a ‘miserable’ public school system and beefing up youth programs,” according to the Chicago Tribune. END_OF_DOCUMENT_TOKEN_TO_BE_REPLACED

A controversial law, making it a felony offense to record police officers without their knowledge, has been ruled unconstitutional by a Cook County judge this week. Judge Stanley Sacks, assigned to the Criminal Courts Building determined the law criminalizes “wholly innocent conduct.” END_OF_DOCUMENT_TOKEN_TO_BE_REPLACED

Tiwanda Moore filed a report with the Chicago police department that she had been sexually harassed by an officer. When to police internal affairs officers came to investigate her claims, she felt they were trying to scare her into changing her report and dropping the allegations—so she recorded them. She was then charged with a felony for the recording and faced up to 15 years in prison. END_OF_DOCUMENT_TOKEN_TO_BE_REPLACED

In Illinois it’s illegal to record a police officer acting in the line of duty even though they can record you. According to Adam Schwartz with the American Civil Liberties Union, “It’s an unfair and destructive double standard.” In an effort to prove that the ACLU filed suit in federal court to challenge that law.

The Illinois Eavesdropping Act makes it a crime to record any conversation without consent from everyone present. The ACLU states the act violates the First Amendment to the U.S. Constitution and that people should be able to record (especially police) while acting in the line of duty. END_OF_DOCUMENT_TOKEN_TO_BE_REPLACED

Three hundred and forty Chicago patrol cars have been outfitted with surveillance cameras. Not all of the officers are turning theirs on, however, raising questions on what they may be hiding. According to the Chicago Sun-Times the new cameras will be getting adjusted so they are no longer an option. END_OF_DOCUMENT_TOKEN_TO_BE_REPLACED