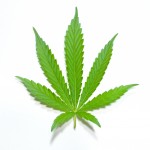 You would think this would result in fewer arrests for the crime of marijuana possession. But a new study from Roosevelt University indicates almost 99% of marijuana arrests in the state of Illinois are for possession only, not distribution, cultivation, or other more serious pot crimes. END_OF_DOCUMENT_TOKEN_TO_BE_REPLACED