Update: the bill passed, and was signed into law.

When it comes to evaluating the effectiveness of a police officer, how many “bad guys” they caught is a popular measurement. But a bill making its way through the Illinois legislature would make tallying those counts more difficult, as it would ban ticket quotas and stop agencies from evaluating officers on the number of tickets they issue.

Ticket quotas are a reality in many police departments, even those that deny it. And the controversy surrounding such quotas are not new.

In New York City, NYPD quotas have been an ongoing source of salacious news, as some officers admitted to even ticketing dead people in order to please unrealistic supervisor expectations. There, the “stop-and-frisk” policies, controversial because of their racially disparate enforcement, are said to be driven by non-quota-quotas that the department maintains simply don’t exist. 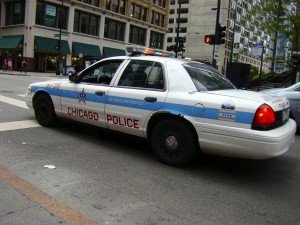 In Illinois, not everyone is pleased with the idea of stopping quotas as data measurement tools. They say these numbers are crucial in evaluating officer performance. (Because talking to supervisors, co-workers, and not least of all community-members is far too personal an option for evaluations).

Last month, the state Senate voted 57-1 to pass the bill. Now it rests with the House.

Ticket quotas are also used in quantifying the need for federal grant money, say opponents of the bill. Things like DUI checkpoints and seat belt checks need the ability to track officer contacts in order to fulfill federal funding requirements.

But when you are the person hit to fulfill a quota for a law violation that would have otherwise skirted under the radar, quotas are bad no matter how they are justified.

Quotas take officer discretion and do away with it. They boil police work down to simple numbers, when it isn’t. It’s this data-driven law enforcement rather than person-driven law enforcement that has taken much of the service out of this public service profession. No longer do police have time to talk about community safety or visit with the neighborhood, because they are too busy looking for someone they can hit for a DUI, red light infraction, or drug possession charge.

Senate Bill 3411 passed out of the House Labor and Commerce Committee on May 7,  and will now head to the full House for consideration.