Medical marijuana has only been legal in Illinois for a few months, but some believe recreational marijuana should be hot on its heels. According to CBS Chicago, one lawmaker says legalization is “inevitable” and nothing will likely stop it. For Rep. Sara Feigenholtz (D-Chicago), legalization will have to come with a few conditions.

Like many lawmakers, Feigenholtz is conflicted on legalization. But, by watching Colorado’s marijuana system unfold and the revenue it’s brought in, she knows it’s bound to happen here.

“While Illinois is figuring out where to put dispensaries, Colorado is raking in 184 million dollars,” she told WBBM Newsradio. 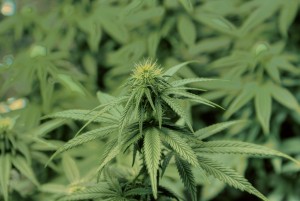 Feigenholtz said she would support legalization as long as it came with safeguards to protect children and provide drug abuse treatment funding. She says she isn’t ready to introduce such legislation this year, but it could be forthcoming.

If Feigenholtz does introduce recreational marijuana to lawmakers, there’s a good chance it would get serious consideration. Steve Brown, press secretary for House Speaker Michael Madigan says she is a “member of the leadership” and carries considerable influence among her peers.

While legalization may not come in 2014, Rep. Christian Mitchell recently introduced HB 4299 which would essentially decriminalize possession of marijuana, making it a petty offense rather than a misdemeanor.

If it passes, the bill would make marijuana punishable by a fine and no jail time. In other words, it would be a significant step towards legalization down the road.

In the meantime, the medical marijuana law that officially went into effect on Jan. 1, has yet to have the rules and framework to begin operation. Arguments about where dispensaries should be located are just one of the hold-ups.

In Chicago, the city council is considering an ordinance that would require dispensaries to be limited to manufacturing zones, where industrial plants are. Opponents rightfully point out that these areas are not the safest of neighborhoods and would put undue stress on already-sick patients.

The state of Illinois, like several others, is in the midst of marijuana policy upheaval. Changes are being made and more are on the horizon. For now, however, possession of marijuana remains a crime and residents caught with pot could serve jail time and pay significant fines for the law violation.