Lawmakers in the Illinois State House passed legislation this week that will set up a four-year medical marijuana program should Governor Pat Quinn sign it as expected. This victory could pave the way for a longer-term medical marijuana system and even help an industrial hemp bill gain momentum.

According to the Associated Press, the medical marijuana bill we first blogged about a few weeks ago, passed the House with a vote of 61-57. Now it goes back to the Senate where a different version was already approved in 2009. Senate President John Collerton says he supports the current version. 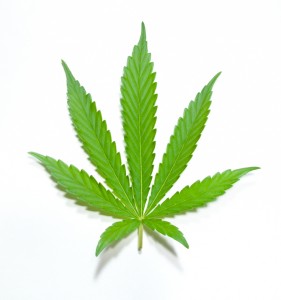 The bill will create a tightly regulated system for patients affected by 30 different conditions to have access to state-grown marijuana. Rather than allowing patients to grow their own, the bill lays the groundwork for 22 cultivation centers and 60 dispensaries.

Patients will have to have an “existing relationship” with their marijuana-prescribing physician. This means those who have a doctor that doesn’t see the medicinal value of marijuana may simply be out of luck. There is a limit of 2.5 ounces on each purchase as well.

Patients will be subject to a background check and their involvement in the medical marijuana program automatically means they can be subject to a sobriety test if an officer has suspicion that they are driving under the influence of marijuana.

Not everyone is excited about the program. Obviously, there are some who believe this could be the first in several steps towards all-out legalization. And if it is, so what? Enough resources have been wasted and enough lives ruined in the enforcement of marijuana laws.

The other bill that has a potential chance to change the way our state looks at cannabis is one that has nothing to do with its intoxicating effects. Despite what opponents would have you think, industrial hemp can’t get you high.

A House Committee recently approved a bill that would legalize industrial hemp. This means farmers in the state could grow the crop. Currently, the U.S. is the only “developed nation that fails to cultivate industrial hemp as an economic crop,” according to NORML. You can help coax this bill along by emailing your local representative here.

Attitudes about marijuana are changing and the laws are slowly changing as well, but it will be a long process. In the meantime, marijuana is still a very much controlled substance. If you are caught with pot and charged with a crime, let us help.